“What do you think is the most important problem facing America today?” The question has been asked to Americans by the Gallup polling organization since January 1939. Under the presidency of Franklin D. Roosevelt and in the midst of World War II, the most frequent answer was “war, keeping out of war”. Under John F. Kennedy and during the Cold War, Americans’ most frequent answer was “communism”. Following the attacks of 9/11/2001 under George W. Bush, it was “terrorism”. Under the George Bush Sr. and Bill Clinton administrations, the answer was “drugs”. In today’s presidency – a presidency won upon the nationalistic slogan “Make America Great Again” and the xenophobic mantra “Build a Wall” – the most common answer is not related a war with Nazis, communists, terrorists, or drugs. It is related to a war with immigrants. In this war, United States soldiers fortify the US/Mexico border as caravans of migrants flee from violence in Central America. White supremacist groups swell as political propaganda depicts immigrants as collections of serial killers and rapists. America’s president, Donald J. Trump, enables the separation and detention of migrant children, some of whom come from “shithole countries”, while his government simultaneously shuts down and investigates his office’s legitimacy. When asked in the polarized America of today, “What do you think is the most important problem facing America today?”, Americans’ most frequent answer besides “dissatisfaction with government” is “immigration”. 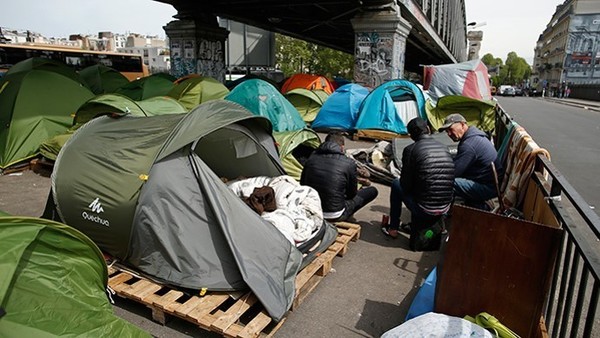