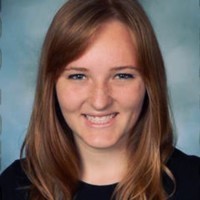 A brand new and very exciting nursing home concept has been introduced in Denmark and other northern European countries in the last few years. These new nursing homes are designed specifically for dementia residents, and are actually considered “villages” in some places, due to the integrated home community with “shops,” outdoor spaces, and other activity rooms. The goal of the homes is to provide a place for dementia residents to live freely and with as much dignity as possible, giving them a space that is reminiscent of living in a regular, outside community but still including an aspect of safety and comfort. Friis & Moltke Architects, located in Denmark, have designed many of these homes across Denmark and Norway. One such design includes the innovative idea of including an elementary school within the same community as the dementia nursing home, allowing for a wonderful integration of communities.

For my capstone project, I applied for a grant to spend my spring break in Denmark visiting with the lead architect and press manager at Friis & Moltke, and further explore how this incredible model for dementia care parallels the principles put forth by the Catholic Church in its model of CST.  Additionally, exploring the European care concepts and comparing them to my own prior experiences with American dementia care has allowed me to form my own motivations for going into a career in healthcare, and provided me ideas for improvement in both my own life and potentially what I can bring to the field. Along with a detailed research paper discussing the unintentional convergence of the Danish nursing home model with Catholic social tradition principles, I designed a children's book in the hope of presenting these ideas in a more accessible manner. The book was designed to provoke the reader and inspire thoughts about two communities that have become one in Denmark and other Scandinavian countries; children and a school community, and the residents in the home suffering from Alzheimer's disease and other forms of dementia. The beautiful synthesis of a children’s school with a nursing home community allows for the people in both groups to come share life together, and inadvertently take part in the Catholic social tradition value of “community and participation,” by engaging with one another. In addition the Catholic social value of “dignity of the human person” is introduced as the entire goal of the nursing home community for dementia patients is aimed at providing a real home for them, to live and participate in life as independently and safely as possible, and to be treated as humans, and with dignity.

“A population that does not take care of the elderly and of children and the young has no future, because it abuses both its memory and its promise." – Pope Francis, 2013