Marks of the Minor 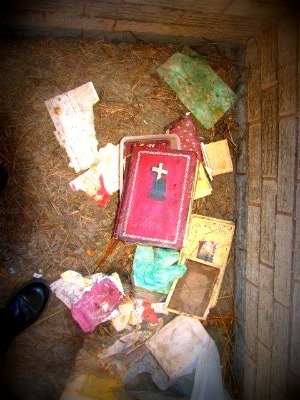 Four characteristics will mark the Catholic Social Tradition minor and give further specification to its content:

1. The University's mission statement holds that Notre Dame "seeks to cultivate in its students not only an appreciation for the great achievements of human beings but also a disciplined sensibility to the poverty, injustice, and oppression that burden the lives of so many. The aim is to create a sense of human solidarity and concern for the common good that will bear fruit as learning becomes service to justice."

In keeping with the Catholic social tradition itself and the University's Mission Statement, we will emphasize both the "disciplined habits of mind" and the "disciplined sensibility" in service to justice. We will accent the first through an offering of coursework and course requirements that is every bit as intellectually rigorous as the best programs at Notre Dame.

We will address the latter by offering the opportunity for and in some cases requiring service learning and internships where the students are called upon to bring the Catholic social tradition and their service/internship observations into critical conversation.

2. With regard to the disciplined mind dimension of the minor, we will foster a spirit of interchange reflective of the Catholic ideal of civil society. In doing so, we will present the Catholic social tradition in a way that cuts across the divide between "conservatives" and "liberals" both as these options are defined in intra-ecclesial disputes and as they are presented in American public discourse.

The Catholic social tradition's contribution to contemporary debates is reflected in the fact that it is not reducible to any of these polar options. We believe that making this contribution depends in large part on staying in conversation with all parties.

Here we follow John Courtney Murray, who defines a civil society as that place where persons are "locked together in argument."

3. With regard to the disciplined sensibility in service to justice dimension of the minor, the primary emphasis will be on service through professional vocation, with secondary, though significant, emphasis on voluntary avocation.

This is the case for two reasons. First, there are already resources for undergraduates at Notre Dame to participate in voluntary service. Second, avocational voluntary service, while laudatory, by itself constitutes an insufficient response to the Catholic social tradition.

This is all the more the case if avocational voluntary service is allowed to stand side-by-side with a professional practice that knows little or nothing of the norms of the Catholic social tradition. Allowing such a bifurcation would constitute a failure in the mission of the University. A minor in Catholic Social Tradition will provide one means of fostering a life among Notre Dame's students that integrates the personal and the professional.

As indicated above, the emphasis on service through professional life is particularly important at Notre Dame because its graduates often move on to take positions of high-ranking leadership and considerable power that impact the lives of many persons in a broad spectrum of social spheres.

4. In keeping with the Catholic social tradition's attention to the full range of social spheres -- science and technology as well as business, politics, and culture -- the minor will seek to involve all of the colleges of the University.

The charter "Report of the College of Arts and Letters Committee on Concentrations" (June 24, 1982), writes of a "longstanding recognition that the world is not neatly divided into disciplines...In fact, the disciplinary boundaries may lead to a kind of intellectual parochialism among our students."

The minor in Catholic Social Tradition seeks to take these insights a step further by involving the whole university. While the administration of the minor will be centered in the College of Arts and Letters, we seek to have representation of all of the colleges/schools.